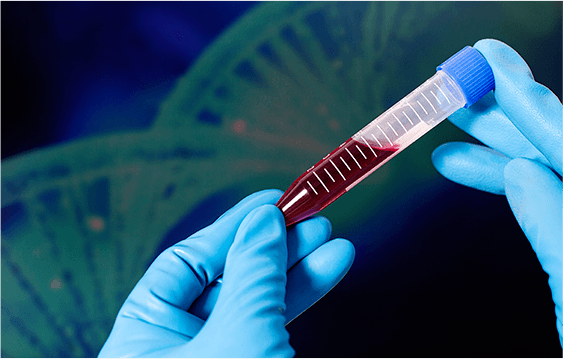 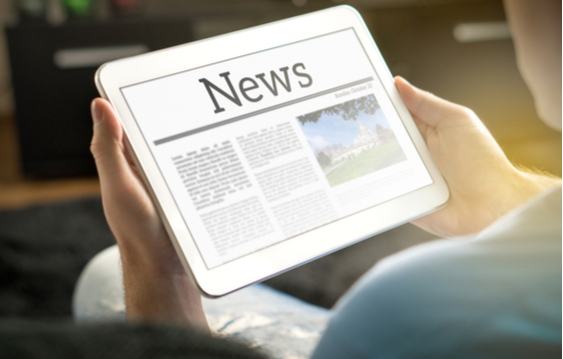 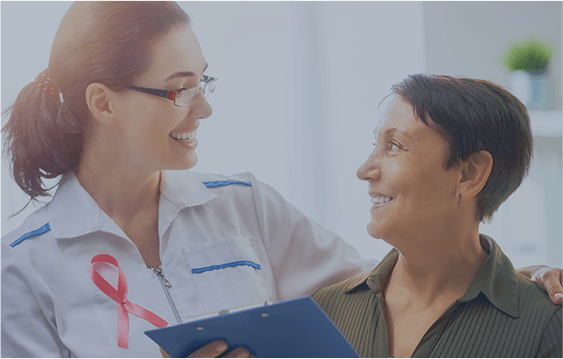 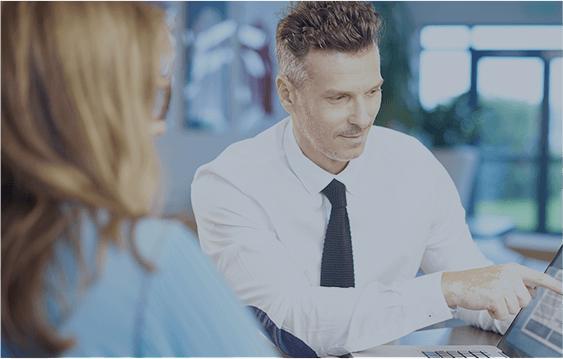 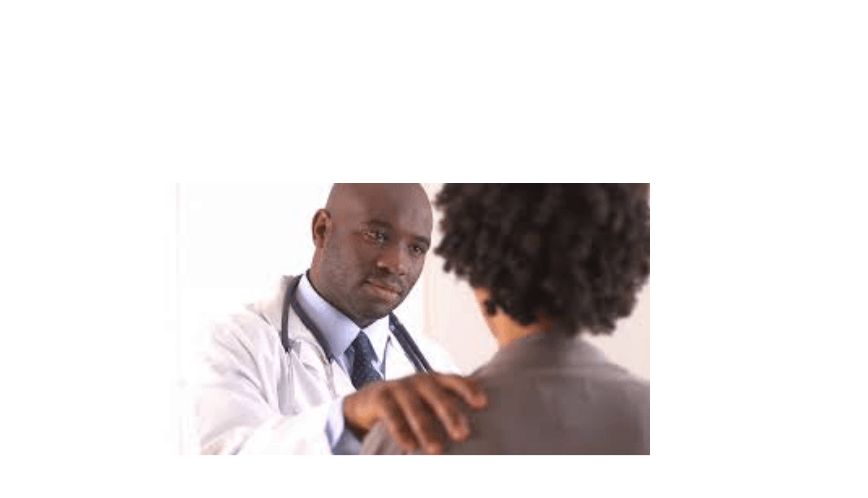 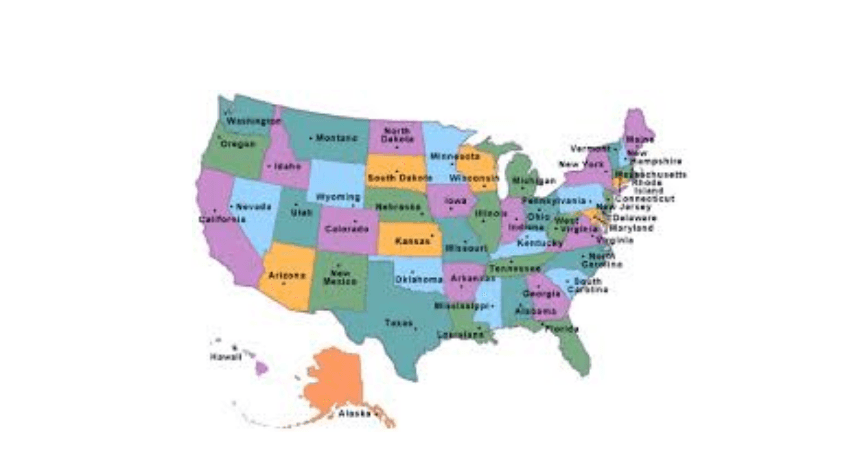 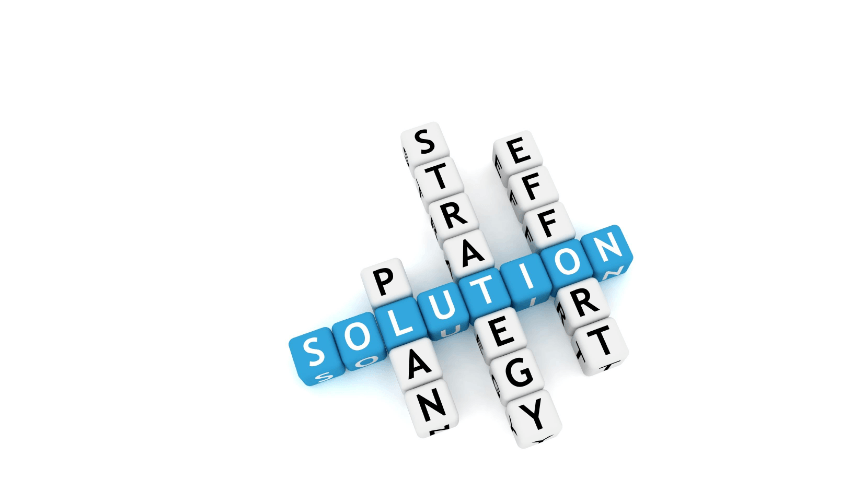 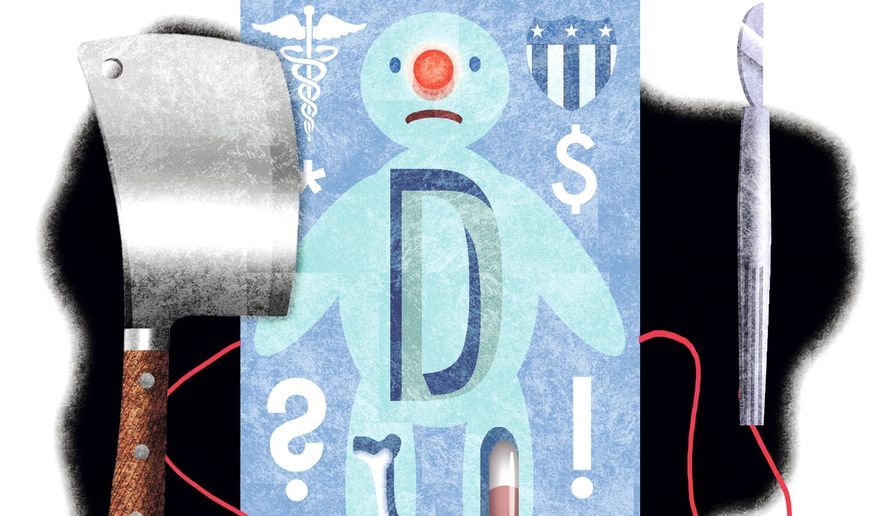 A sledgehammer on a fragile market, when a scalpel is needed

When is the last time anyone heard of a government program not only working well, but also coming in under budget? Yet that is the reality of Medicare Part D, a market-driven program that provides the elderly and some disabled Americans with drug coverage that nearly 90 percent say they are satisfied with; but that is not the end of the story.

Frustrated by Big Pharma and “problematic incentives that both raise costs to the federal government and leaves beneficiaries’ with potentially significant out-of-pocket spending,” both the U.S. House and Senate have introduced measures to fundamentally restructure the Part D benefit that will have huge unintended consequences on access to needed medications for patients with rare diseases.

The proposals put incentives at risk for companies investing in developing new rare drugs for smaller populations that Congress would, perhaps unintentionally, shut down by ignoring the costs and unique challenges in developing those therapies.

For rare disease patients, the current proposals represent a sledgehammer coming down on a fragile market when a scalpel would better solve the problems.

Congress defines a rare disease as impacting fewer than 200,000 patients. Today, there are between 25 million and 30 million people who suffer from these rare diseases. Smaller, emerging companies often develop the drugs that are desperately needed to save and extend patient lives. With ultra-rare patient populations, the resources and profits even more limited, which is why family foundations and small companies, some with no products on the market, often drive innovation.

The non-profit Rare Access Action Project (RAAP) assists people with such conditions to navigate complicated market forces. A recent Tufts Center for the Study of Drug Development study published in the Journal of Health Economics concluded the cost of developing a new drug can go as high as $2.6 billion, and only about 12 percent of those under development succeed. In rare disease research, costs vary widely and clinical trials present unique challenges, including ill-defined and very small patient populations, lack of natural histories, and few assays or diagnostic tests.

Uncertain return on investment for rare disease therapies keeps many companies out of the market. Despite these challenges, a few intrepid emerging companies are forging ahead with new treatments for diseases that have languished by convincing financial stakeholders to take a leap of faith, even in the face of uncertain markets and hard to find patient populations. The proposed Medicare Part D changes make rare disease therapies a square peg not easily pounded into the round hole of policy.

To illustrate the problem, consider that currently, patients who reach the catastrophic threshold of their drug coverage under Medicare D must pay about $3,700 out of pocket and then 5 percent of all costs after that. In the latest data available, 3.6 million people had total drug spending above the catastrophic coverage threshold in 2017.

Some members of the House and Senate want to use price controls to dictate drug prices. Elsewhere, they want to require companies to cover the out-of-pocket costs for their patients who enter the catastrophic phase of their benefits.

Both measures carry significant consequences for future investment in rare therapies. For example, in order to pay for the patient out-of-pocket cap, a new 20-30 percent company liability has been offered in the Senate and House bills. This obligation would devastate innovation, especially for patients counting on emerging companies that specialize in producing new oral, rare treatments for seniors.

In a perverse way, the proposed liability actually strengthens the hand of Big Pharma as many smaller, emerging companies would be forced to sell their innovations. Price controls don’t work for orphan drugs that are increasingly made available as partnerships between the patient community, academia and emerging life-sciences companies.

Historically, Congress has been an important partner in rare disease research, creating effective incentives for new technologies and treatments with a bipartisan commitment. During the first 25 years of the Orphan Drug Act, the FDA approved more than 600 new therapies for rare disease patients. But the proposed price controls and new liabilities dramatically shift the economic incentives to the development of drugs in areas already well served and that have stronger profit projections for the innovator.

By simply capping out-of-pocket expenses for rare disease patients, Congress could provide immediate benefits. RAAP has advocated that the Gap Coverage Discount Program be amended so that rare disease companies can cover the 5 percent of patient catastrophic out-of-pocket costs. Coupling such a policy with rebalancing the federal subsidy would encourage plans to continue negotiating lower costs thereby improving quality.

And more stakeholders can be enlisted to help, including those that manufacture generic medicines that are exempt in current proposals from contributing to this effort to help the elderly and disabled. Spreading the out-of-pocket cost over a year, rather than paying a lump sum at the beginning of the year, could achieve additional financial relief for rare disease patients.

What won’t work is painting emerging rare disease companies with the same brush as Big Pharma. Rare disease innovators are much more diverse and include emerging companies that look nothing like the multi-national global drug industry. While the rare disease populations they treat are smaller, the human costs are just as critical, and the solution demands a more precise fix than is currently being proposed.

• Michael Eging is executive director of the Rare Access Action Project and a partner in Acuity Strategic Partners. 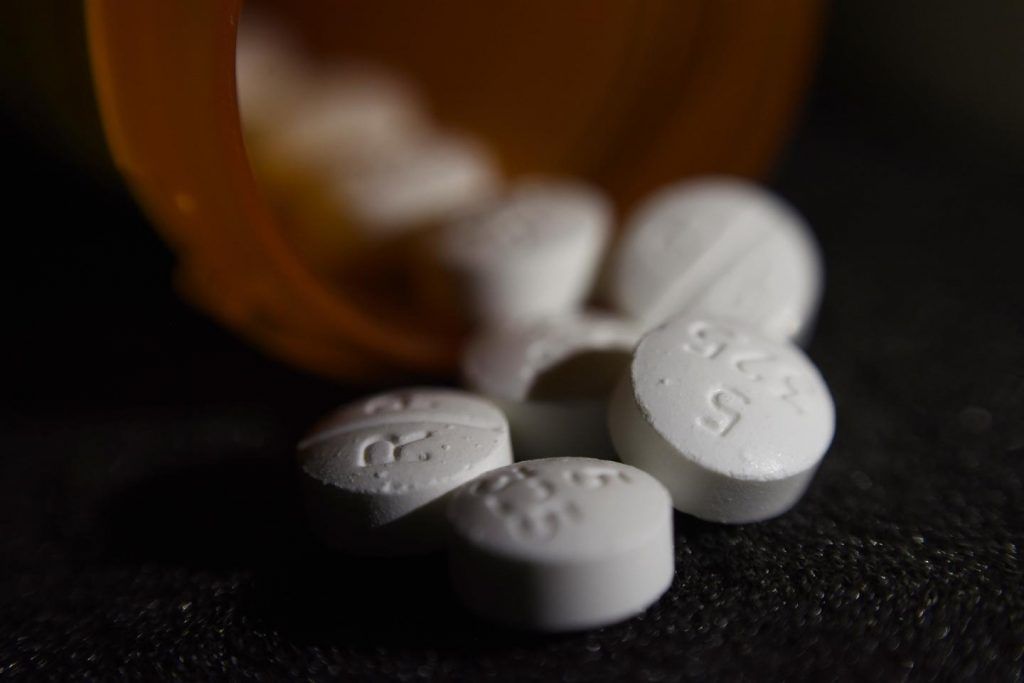 Opioids: Use as Directed

No one disputes that opioid addiction is a problem in need of varied solutions, as each person struggling is a story all his or her own. The opioid abuse epidemic has been a runaway freight train, barreling out of control through communities and lives, without much conversation as to why the tracks were built in the first place and at what speed and with what precautions we need to take the journey.

Even as society appropriately grapples with how to address addiction and over use, it’s important to keep in mind that the drugs themselves are vital for people who need them. People like Michael’s mother-in-law, who until her recent death, lived eight years with cancer, enduring several surgeries and sometimes in great pain.

When the modern day angels of hospice joined the family support team in her last days, “comfort care” was the primary goal. For people with chronic pain, recovering post-surgery, or suffering from cancer, these drugs have made what once was an agonizing event more bearable. And that’s important to remember.

For those dealing with cancer, the second leading cause of death after heart disease, proper use of opioids can allow a quality of life not experienced by any of our ancestors.

Jeff’s father also died from cancer, enduring brain cancer surgeries with the help of opioids, and he also was able to pass away at home because of the comfort the drugs provided. As time passes, many of us will sit by similar bedsides, feeling helpless, wishing more could be done. That’s not an argument for irresponsible use of opioids, but we need to keep in mind that they are sometimes the right choice for patients.

Still, having worked in health-care-related fields, we know that safeguards need to be in place. We need new thinking on the opioid crisis because the death toll is so high. More than 72,000 people died from drug overdoes last year, with about 50,000 of those attributed to opioids.  The scope is so intense all hands are needed on deck, from prestigious universities to detox programs in jails and communities to the FDA in approving medications to facilitate withdrawal, to retailers paying attention to the volume of drugs sold.

It’s the medical professionals – doctors, nurses, pharmacists – who are in the best position to limit and direct long-term use, to choose alternatives to the drugs for some patients and to recognize the signs of distress.

Patients who are suffering don’t have the experience or the training to navigate all the downsides to a drug that can help in the short term. It’s reported that 116 peoplea day lose their lives to opioid addiction, while many others are struggling to distance themselves from the solution that became their biggest problem. The National Institutes of Health notes that about 5 percent of those who take opioids as directed for more than a year can develop an addiction disorder.

In March, Congress provided $4.7 billion to assist those struggling with the opioid crisis, including $1 billion for grants to states, and now Congress is making an investment in comprehensive programming. The Department of Health and Human Services has an opioid help page to direct people to resources and assistance to deal with the fallout of misused drugs. And recently, in a moment of rare bipartisan agreement, the Senate passed by 98-1 the Opioid Crisis Response Act of 2018 following a 393-8 vote in the House as members of both parties took seriously the problem of opioid abuse and addiction – all good things and necessary to address the chaos of addiction.

But let’s not demonize these drugs or belittle the need of those who do depend on them, when properly utilized.

Some diseases, some injuries, and some events require the kind of relief found in opioids. They are not a one-size-fits-all treatment. But for some of the sickest among us, the drugs provide respite from conditions that have plagued mankind through the centuries.

Jeff Oldham and Michael Hamrick are partners at Acuity Strategic Partners, a Washington D.C.-based public affairs firm. This piece reflects their personal stories and is not advocacy on behalf of a current client. 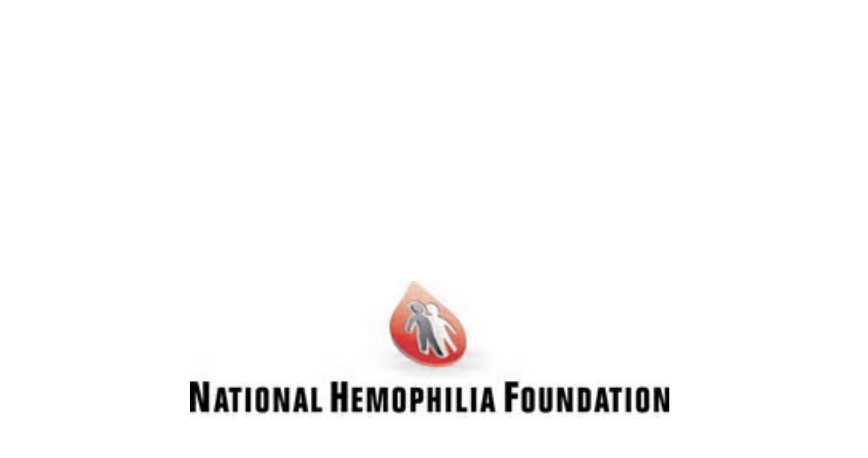 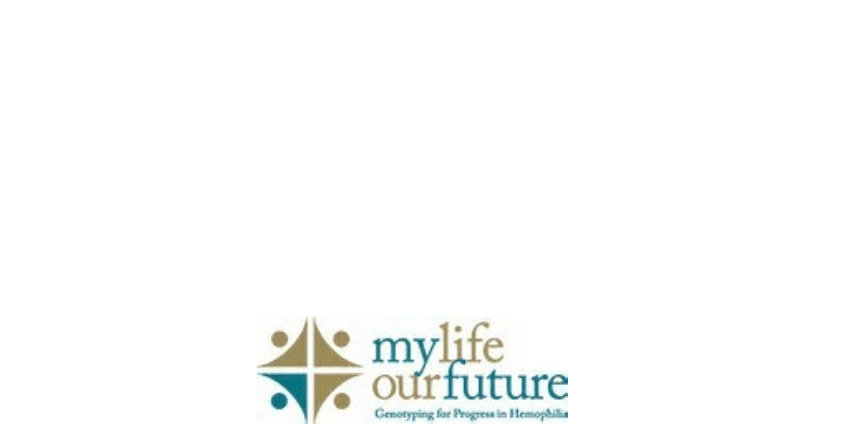 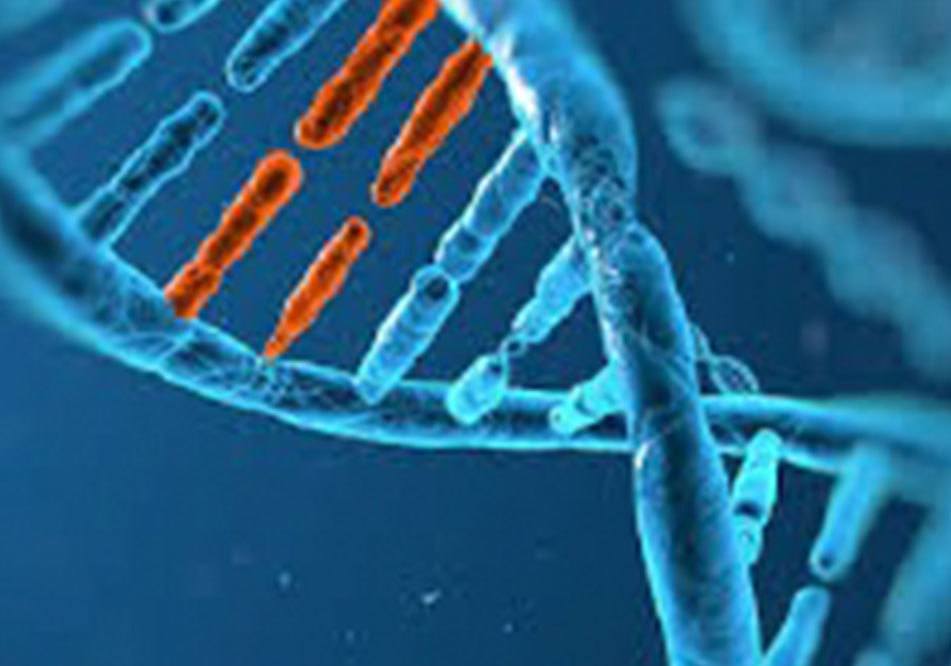